The Spinners kicked off their 2014 season hosting the Washington DC Current at majestic Franklin Field in Philadelphia.

After losing 7 in a row last year, the Spinners came into 2014 ranked at the bottom of the MLU’s Power Rankings, and fairly universally were expected to come in last place in the Eastern Division. The DC Current, on the other hand, picked up some major players, including Peter Prial from Boston. Many prognosticators picked DC as a playoff team in the East.

The game looked to be more of the same from last year, with the Current building a late lead. The Spinners showed gritty and determined play in surging back, gaining control of the disc down by only one point with under two minutes remaining.

It wasn’t quite enough as Alan Kolick, one of the Current’s stars, knocked down a Spinners pass and converted the score to go up two points with a minute remaining. DC added a last-second goal to win by 3, 21-18.

Coverage provided by me and Brian Canniff for UltiPhotos. Click here for the Highlights, and here for our Full Coverage! 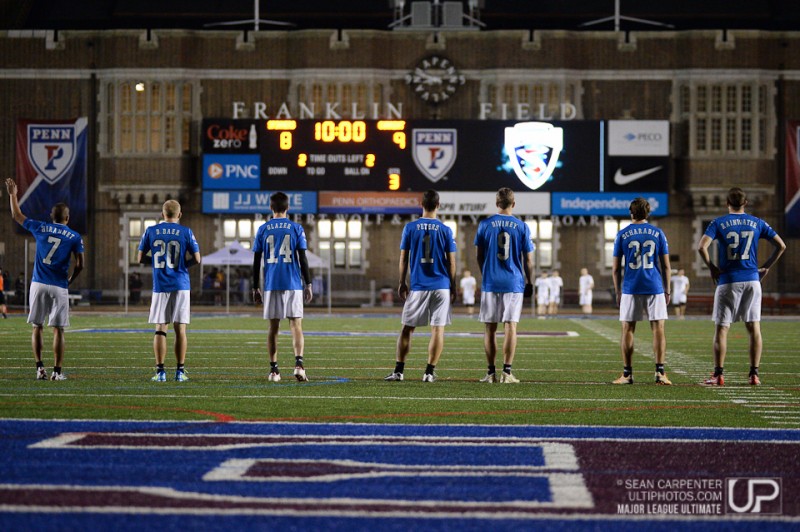 PHILADELPHIA, PA: The Spinners get set to receive the pull at the Major League Ultimate regular season game between the Philadelphia Spinners and the DC Current on Saturday, April 12, 2014.

Remember, every purchase helps us continue to provide world-class support for this great sport. Small images start at just $3!