It was a hot, but thankfully not humid, Father’s Day – perfect for a 2pm rematch between the defending champion Boston Whitecaps visiting the Philadelphia Spinners.

The previous game was a one-point thriller, despite Boston fielding a skeleton squad. This time, Boston carried a few more players but were still without at least one of their superstars in Danny Clark.

Philadelphia, meanwhile, was down some stars of their own by missing breakout star Patrick Diviny on offense and layout machine Frederik Brasz on defense. 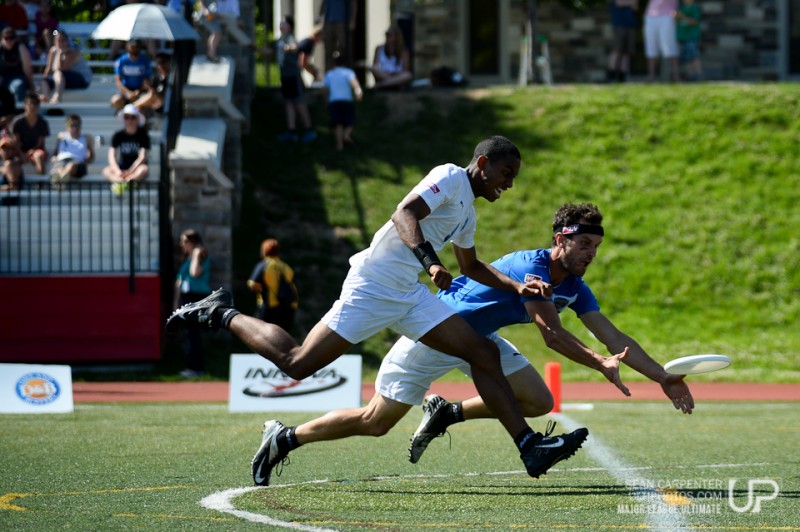 The game was back-and-forth, with the Spinners coming back during a 4-point run in the second quarter and following it up with another in the third. The lead proved too much for Boston to overtake, with the final score Philadelphia 21 – Boston 18.

Check out both the Highlights and Full Coverage galleries from me and Brian Canniff!