The 2014 Major League Ultimate season came to a close at PPL Park in Chester, PA with the Vancouver Nighthawks playing the Washington DC Current. The second year of the MLU saw two different teams in the finals after the Boston Whitecaps defeated the San Francisco Dogfish in the inaugural season.

The game turned lopsided early, with a sluggish Vancouver team seeming unable to keep up with DC. As they did all year in the East Coast conference, the Current jumped out to a big lead and kept it.

The Nighthawks led an improbable comeback in the third quarter, turning the blowout into an exciting game. The 9-point halftime score proved too much, although the Current had to work to stave off the West Coast champs. 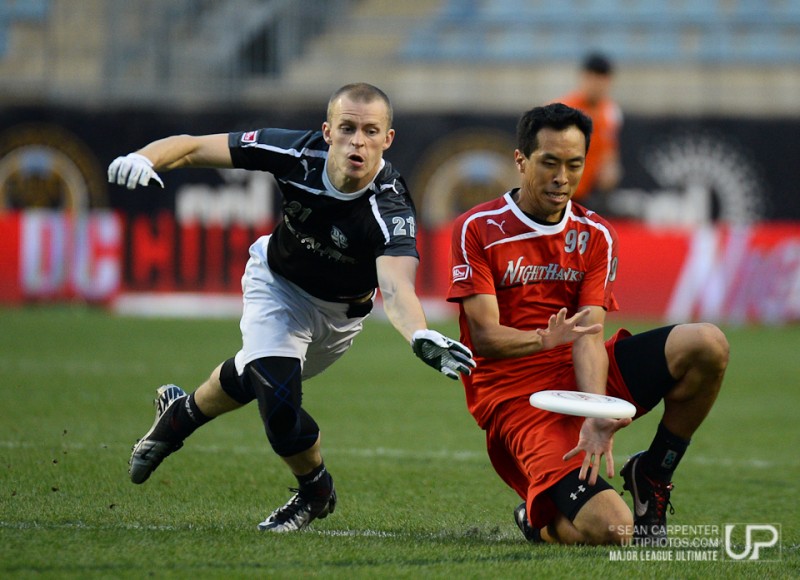 Support our ultimate photography by purchasing a print or ordering a download, starting at just $3! Check out all the game Highlights and buy some!